Hip arthritis, also known as 'hip osteoarthritis' or simply 'hip OA' is the commonest type of arthritis affecting the hip, and only affects the joints, not other tissue in the hip. More specifically it affects the cartilage, which is a protective layer of specialised tissue around 6mm thick which sits between the bones in the ball and socket joint, known as 'articular cartilage'. It is common in old age, but can also affect younger patients where there has been injury to the hip or constant heavy strain placed on the hip joints. 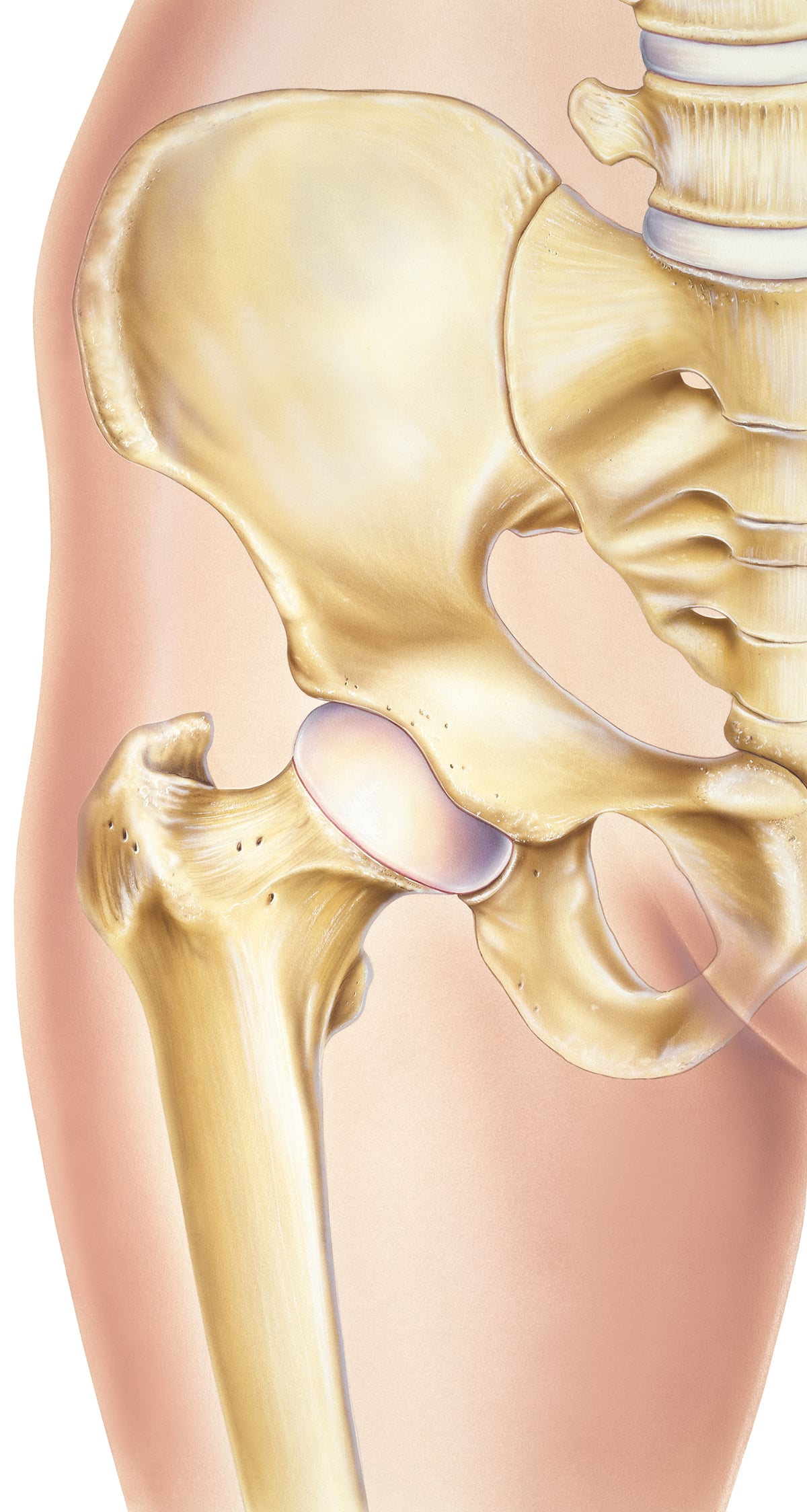 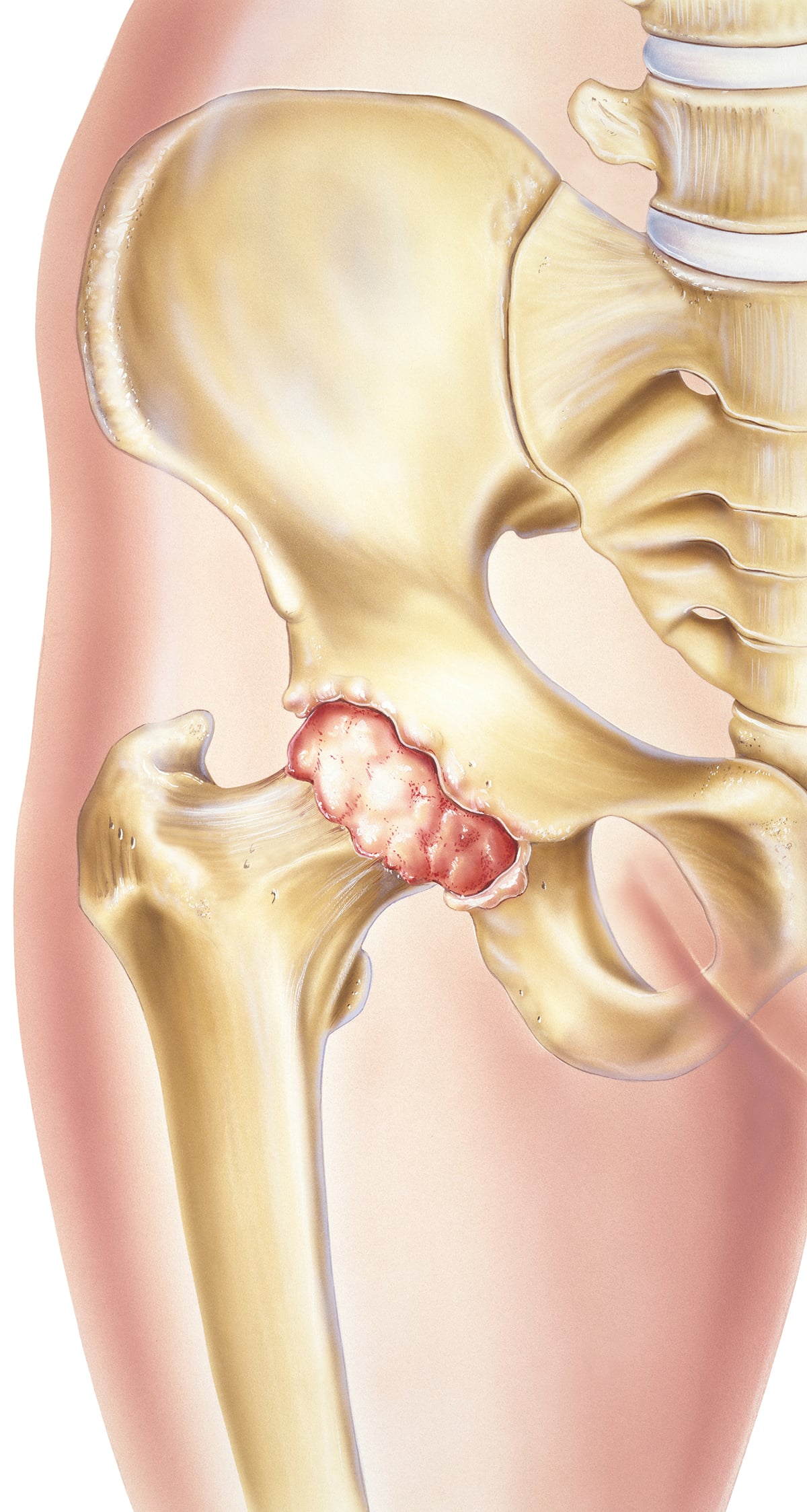 Medical science does not know the precise causes of hip arthritis. It is believed that the main causes of the condition are injury to the joint/s, deterioration of the cartilage tissue with age, in some cases made worse by excess body weight. Other causes may include the incorrect formation of the joints or defects in the cartilage caused by genetic (i.e. inherited) factors, or weakness of one or more of the surrounding muscles.

As mentioned above, certain factors may make a person more prone to hip arthritis, such as being overweight, having had a previous injury (or more than one injury) to the hip and activities, such as work or sport, where extra strain is put on the hip joints. Age is also a factor. 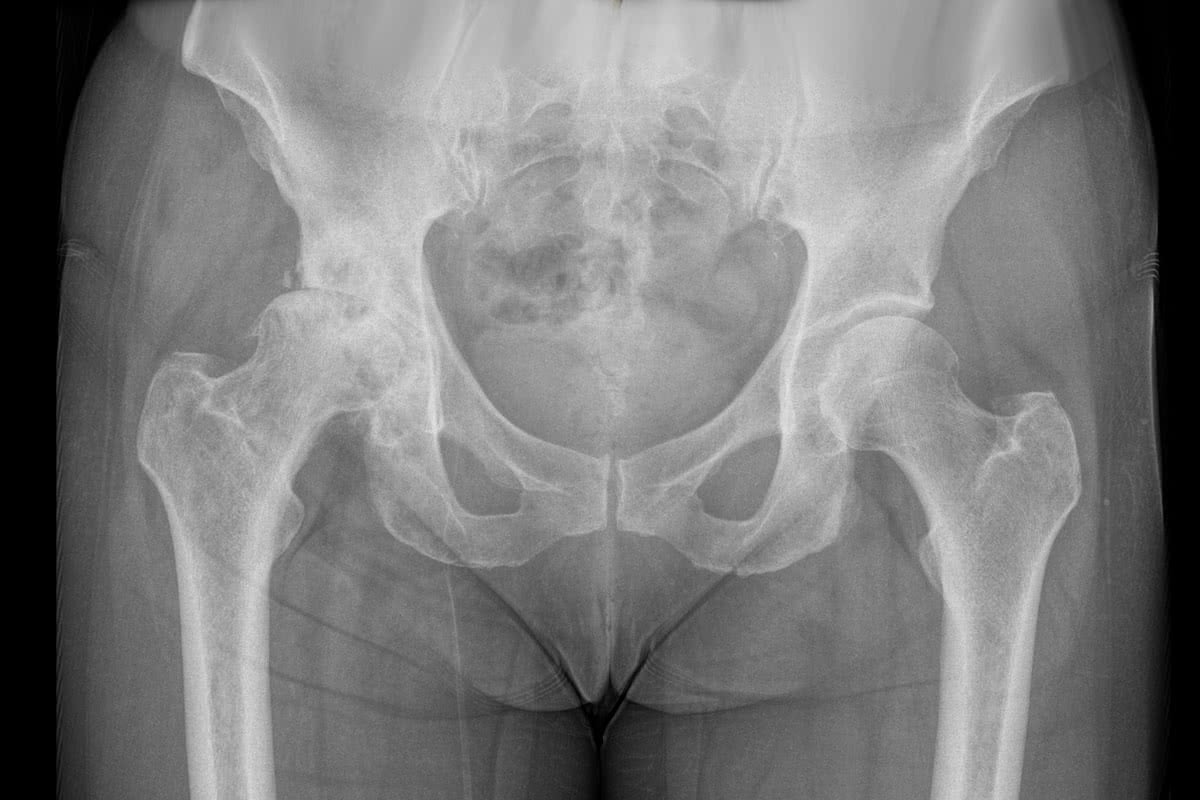 Symptoms of hip arthritis include...

Over time these issues can cause ongoing problems with common activities, such as walking, going up and down stairs and driving. Occasionally hip arthritis can present symptoms that feel as if it is the knees that are affected.

Diagnosis is via a detailed analysis of the history of your symptoms and an examination to determine where the pain occurs and the range of movement of your hip joints. Test involved in confirming any initial diagnosis may include an x-ray of the hip, blood tests,and more rarely either a CT scan or an MRI scan.

Hip arthritis can often be managed with a combination of non-surgical treatments. Your General Practitioner will be able to help with the implementation of these. Some options include: