Anatomy of the Foot and Ankle

The anatomy of the foot and ankle is quite complex and comprises 26 bones, 33 joints and over a hundred muscles, tendons and ligaments. 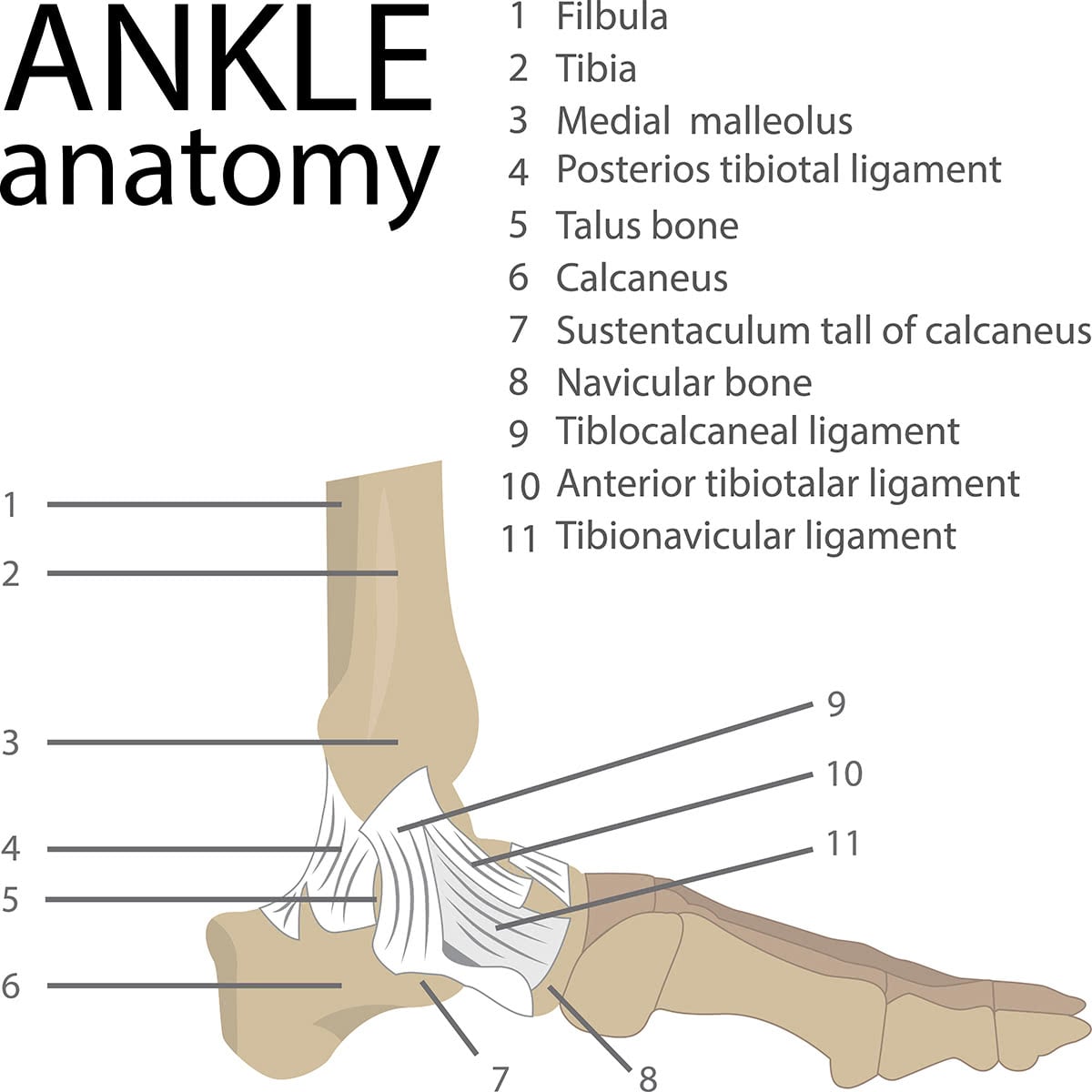 The ankle joint has to take the full weight of the body and any extra force exerted while walking, running or jumping - acting as a form of shock absorber - while also allowing the foot its full range of motion.

The ankle in fact is made up of three separate joints…

From an anatomical perspective, the foot is divided into three sections…

This is the section attached to the ankle, and includes the ankle itself (the ankle bone is called the ‘talus’) and the heel bone (called the ‘calcaneus’).

The bones in the forefoot - of which there are 19 - are made up of the 14 bones in the toes themselves (the ’phalanges’) and the five bones connected the phalanges to the midfoot, known as the ‘metatarsals’.
In addition, the terms ‘dorsal’ and ‘plantar’ refer to the top side of the foot and the sole respectively.

Tendons attach the intrinsic and extrinsic muscles to the bones in the foot and finally ligaments are the bands of fibrous tissue that connect one bone to another and provide stability of movement. The ankle for example has 11 ligaments around it for this purpose.

Other important components of foot and ankle anatomy include…

Articular cartilage is present where each bone joins to the next one and allows smooth movement while also serving as shock absorbers.

The sciatic nerve connects the spine to foot. It is the largest nerve in body and connects a range of muscles from the buttocks (the gluteal muscles), the leg muscles and all muscles in the foot back up to the spine.